Why Is The Bitcoin Halving Important?

The Bitcoin halving is usually accompanied by a lot of turmoil for the cryptocurrency; as a result of the halving, the available Bitcoin supply decreases, which increases the value of Bitcoins that have not yet been mined. And with such changes comes the opportunity to make a profit. 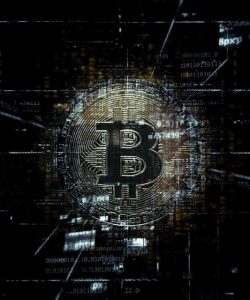 Bitcoin reached an all-time high of around $19,700 in December of that year. Bitcoin’s price was $8,787 at the time of the most recent halving, in May 2020, and skyrocketed in the following months. Of course, there were other elements to consider when analyzing Bitcoin’s post-halving booms:

How will the subsequent Bitcoin halving impact?

However, if you believe in the value of history, previous Bitcoin halvings have been long-term bullish drivers for the price of the cryptocurrency. On the other hand, the third halving in Bitcoin’s existence is almost certain to impact the BTC ecosystem in several ways.

Mainly, as the economic benefit of mining becomes less attractive and, for less effective miners, unprofitable, the number of Bitcoin miners is projected to decline.

In terms of the broader implications of the halving, a lower reward for mining Bitcoin will reduce the number of money miners can earn by adding new transactions to the blockchain.

Miner rewards determine the flow of new Bitcoin into circulation. As a result, halving these payments reduces the inflow of new Bitcoin. This is where the economics of supply and demand come into play. As supply falls, market fluctuates (increases or decreases), and, as a result, the price changes.

Bitcoin’s inflation rate is also reduced due to the halving event. Inflation is the loss of purchasing power of anything, in this case, currency. However, the basic infrastructure of Bitcoin is designed to be a deflationary asset. To achieve this, halving plays a critical role.

Historically, each halving event has resulted in a bull run for Bitcoin. The price increases as the supply decreases, which causes the demand to increase. This upward trend, however, will not be immediate.

Due to the high cost of electricity used to power the computers that solve the math puzzles, the price of BTC would have to increase significantly for miners to receive half the coins.

Miners will find it difficult to stay competitive and in business if the price does not increase along with the decrease in reward. Miners will need to be as efficient as possible; therefore, new technology will be in demand to generate more hashes per second while consuming less power and reducing overhead.

Additionally, there has been evidence of interest in the currency from various countries, and their economies may affect the price of Bitcoin. More importantly, the price of Bitcoin is likely to rise due to the increased visibility it is now receiving.

Transaction volume will only increase as more stores, small businesses, and even major institutions participate in Bitcoin and the blockchain.

When is the next Bitcoin halving event?

Around 18.5+ million, or almost 89%, of the 21 million BTC that may once exist have been mined and are in circulation. Every day, approximately 900 new Bitcoin are mined and enter digital circulation.

Faster mine rates have resulted in higher mine rates so that it could be more. As the halvings continue, the increase in Bitcoin’s supply will slow until all 21 million BTC have been mined; according to predictions, the last fractions of Bitcoin will be mined in 2140.

The payment for mining a block will be halved again in the future, but no specific date has been set. The answer will be revealed when the 210,000th block has been mined since the last halving.

Since new Bitcoin is mined every 10 minutes, the next halving will likely occur in early 2024, when a miner’s payout drops to 3,125 BTC.